"I haven’t been everywhere, but it’s on my list"

The Journey:‘The circuit’ as it is called amongst the initiated, links Shimla and Manali through one of the most treacherously beautiful landscapes. Stretching from Apple orchards in Shimla hills to barren mountains in Spiti. Crossing well washed river valleys and two high mountain passes. The journey initiated at Shimla, went into Kinnaur, traversed the length of Spiti Valley and culminated in Kullu district of Himachal Pradesh.

The Bikers: Two friends of over 8 years now, shared a room for every day they spent in UG hostel at the HPKV in Palampur. Have been partners in crime, partners in good deeds and partners at the TT Table in the hostel. Gelling well and complementing each other on this demanding trip came easy. 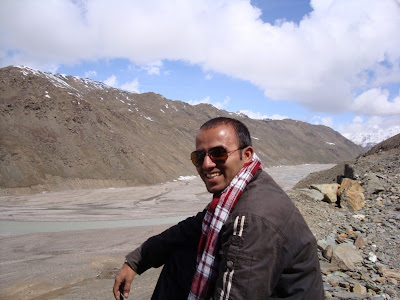 Don’t mess with him if you think he has made his mind up. The guy won’t mince words if he has to call you a ‘A@#hole’. Very determined, street smart and blessed with a hyperactive metabolism, he is a bundle of energy. Like always, let me take up the leader position while riding. He says he rides faster if he is ahead, but I know, he understands that I hate to follow. He could have chosen any profession he pleased but chose to be a banker so that he could be where he belongs. 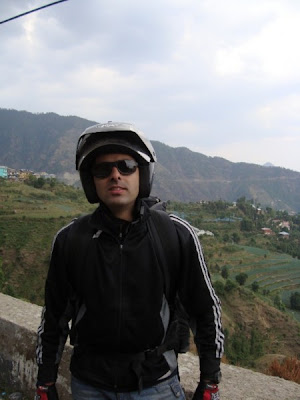 Won’t say much about myself (people who would read this, know me already). This journey was my very old dream, found a cohort in sandy and took off. One of the most satisfying experiences of my life. ‘Been there done that’. 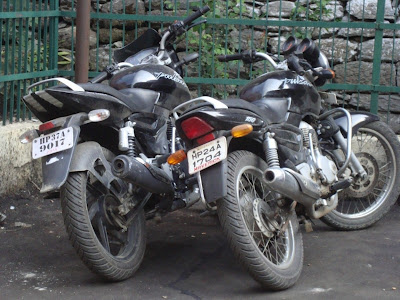 Pulsars, a machine countless love and many more ride. Fell in love with this the moment I saw the prototype, somewhere in late 1990s. Bajaj redefined motor biking in India, the day it was launched in 2001.
150 Classic: 8 years old, but still packs a punch. Have been with me all these years and have traveled half the country with me. From Palampur to Pune to Delhi. Around 60000 kms and still with the original spark plug, awesome piece of engineering. Has never ditched me and knows my habit of saying “Don’t ditch me bro”, when I am scared of a puncture.
180 DTSFi: Sandy’s new beast. The power packed variant. Packs all the newey gizmos that my bike lacks. Have used it quite a lot in recent times, on all my trips to Palampur. Gives me confused times on my bike after I ride it, because to the gear shift patterns. We used this one every time we were using a single bike for an excursion, for the sheer power and handling it provides.