I reached Shimla at 1 PM from Delhi and Sandy reached half an hour before me from Palampur. We were on time. Met Dholta, who was supposed to be our 3rd companion on the trip, but dude had some urgent stuff to settle at Delhi and thus he bowed out. After having lunch and discussing the plan for the day, we started from Shimla at 3:30 PM.
The weather was great and the greenery around and cool breeze from the hills, charged us up. Reached Narkanda and it started raining heavily. Shit !! I thought, the plans would have to be changed first day onwards. Not to be... after 3 rounds of tea at the local sweet shop, the rain subsided and we started towards Rampur, a good 66 kms from there. Its was very cold and we did not have the required clothing, decided will stop for the night in Rampur. As soon as we reached Kumarsain, downwards from Narkanda, the weather changed and we were again in our t-shirts. Reached Rampur at 7 PM. The road is the best you can get in HP. 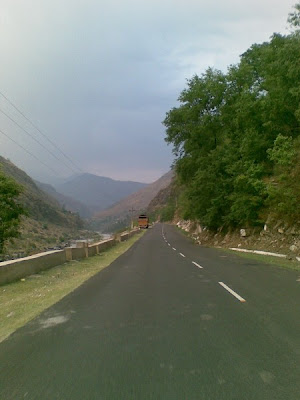 The road from Shimla to Rampur

It was still sunny so continued towards Sarahan, reached there at around 08:30 PM after another round of tea, this time at Jeori.
Checked the Bhimakali temple guesthouse, it was full. So checked into Bushahar Guest house right outside the Temple, It was 350 for the night. Nice cozy place. We were the only ones staying. Had dinner, retired for the night after a hot bath. 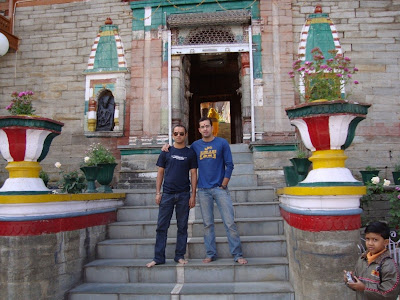 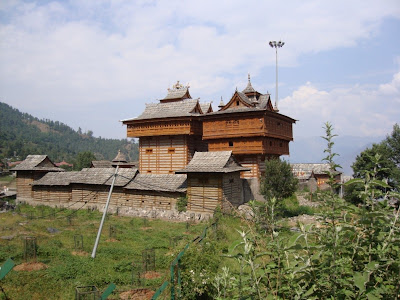 Bhimakali temple - Sarahan
Posted by Unknown at 3:37 AM