"When in doubt, ask the Lama"

Early in the morning after breakfast of Aalu Parathas, we went to see the 1100 year old Tabo Monastery. The famous monastery and cultural center of the medieval times, an important post of Indo- Tibetan trade ties in the past and host to a vast treasure of some of the Buddhism’s most famous, most revered and least understood art and manuscript collection. Tabo always made me curious. The mud structures made some 1100 years ago under the supervision of ‘The great translator’ Rin Chen Tzangpo, are intact, very less to no rains in this area have made sure the structures are not damaged. There are 7 temples in all in the complex and not all are open to visitors. We saw the Temple of Enlightened Gods and Boddhisatva Maitreya temple as well as the main assembly hall. Old structure and poor lighting made it a bit intimidating experience. The temples has beautiful murals and idols, some of them 1500 years old. After this enriching experience we left Tabo for Dhankar, Batteries of our phones and camera drained. 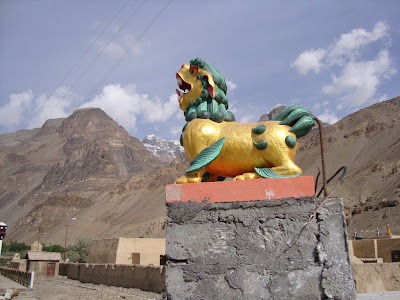 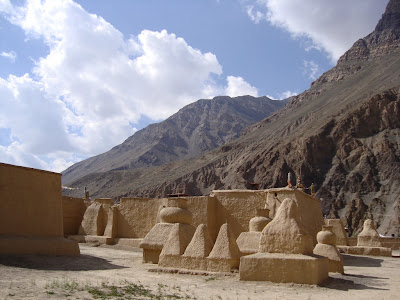 Dhankar is set on a hillock away from the main Tabo – Kaza highway. The approach to the village is beautiful, one can see the Dhankar fort and monastery complex from each corner and the anticipation makes the experience more fulfilling. Had to walk to the fort after parking our bikes and the thin air and low oxygen made it excruciating. The fort is very old, Dhankar used to be the capital of old Spiti kingdom. Also had a small Chapel with a Maitreya idol, took some pics here and continued to Lahlung, as suggested by the caretaker at Tabo rest house. 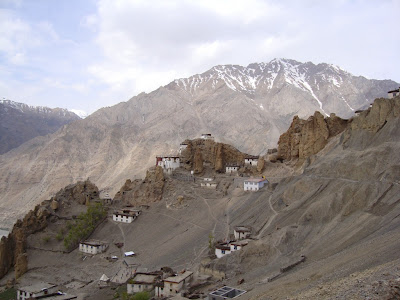 The road to Lahlung from Dhankar is not for the weak hearted. There is a link road from the main highway as well but we thought of doing some daredevilry. It’s a unmetteled road, as close to a Mule path as it could get. Splattered with stones and just for a single file. On each corner I could gaze into a 1000 + feet deep gorge below. Somehow we joined the link road and reached Lahlung. It’s a small village of just 110 souls, though one of the biggest villages in Spiti area wise. The village features a small Buddhist temple made in the same night as Tabo. We moved around and as we were asking for directions, the Headmaster of the local school (yes there is a school there) asked us in. The guy was from Kangra and it was his 6th year here, obviously he had no other time pass that day but to offer us black tea and chat up. The school is till 8th class and has 12 students. According to the teachers, the village folks are rich owing to the fact that they have a bumper pea crop every year. After saying our thanks and goodbye to the school staff we moved back on the same road towards Kaza. 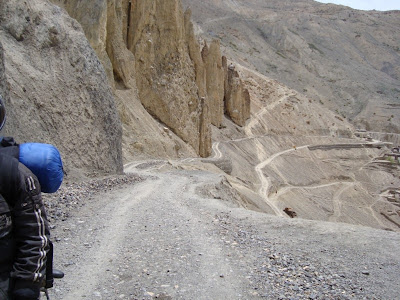 Road to Lahlung from Dhankar 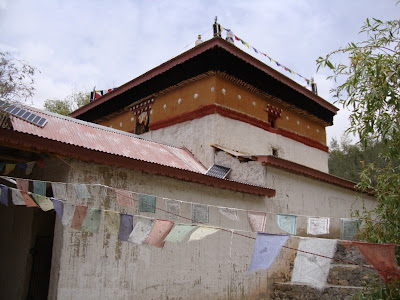 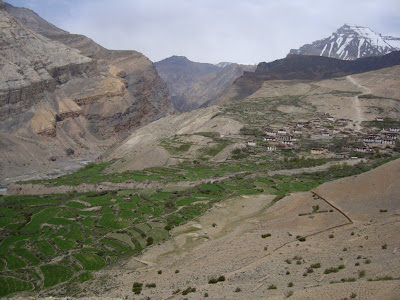 We joined the main State highway at Lingti and continued to Kaza. Reached there by lunch time. After parking ourselves in the plush Circuit House, we moved to see Kibber village and Kye monastery, not very far from Kaza. Kibber is the highest village in the world at 14000 ft. A fairly large village with 227 residents, a small market and a senior secondary school. Roamed around the village and the surrounding meadows a bit and continued downhill to Kye Monastery, Kye is a wonderful monument, perched upon a hillock, it served more of a fortress for Spiti than a center of Socio-religious importance. We clicked some amazing pics here since the whole greater Spiti valley is visible from its roof. The Lama there gave us a great guided tour of the monastery and answered many of my questions about Buddhism and its sects. 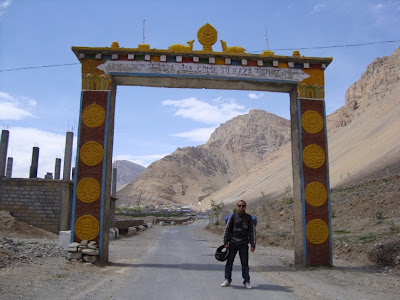 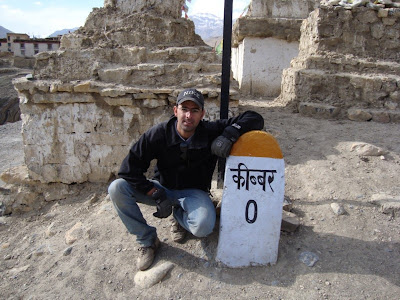 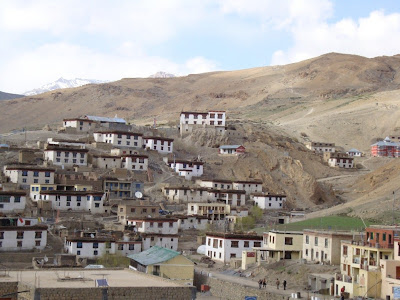 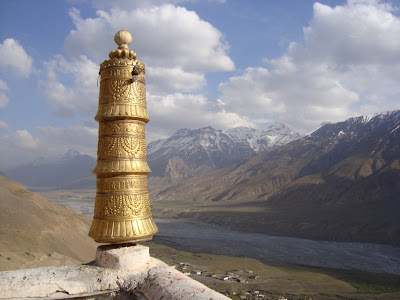 From the Kye Monastery rooftop 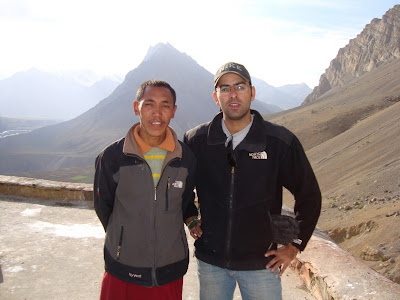 We came back to Kaza early and since there was no electricity, Sandy had to use his SBI links to get into the bank so that we could charge our camera battery and also phones (they still would not be in use for 2 more days though). Roamed around the modest market and went back to the circuit house. While having dinner, lights came on, happy times, had first hot shower in 2 days and slept peacefully.
Posted by Unknown at 3:15 AM