The lifestory of a photograph

...Story behind some of the best pics I have clicked

All of us travel for different reasons. These days most of the times it is for getting away from the madness that our lives have become. Pressures of workplace, weird bosses, weirder boyfriends/girlfriends and just breaking the rut are most often the primary reasons.
I travel, so that I would be able to click photographs. A vertically stacked existence, that is living in highrise apartments only gives you an opportunity to click either neighboring buildings or if you are lucky and your neighbor has a beautiful daughter....you know what I mean..

I dont count myself as a black-belter in photography just as yet, but one thing is clear I am not a shutterbug. I am more of a thoughtful photographer who thinks before he presses that little chrome button. I probably wouldnt have 1000 photographs from a 2 days trip, I would have just a handful but with a story behind each (Ya ya I know I am great).

Here is a collection of some of these pics, handpicked from my collection. Which according to 'me' deserve the space here with a story. Click on the pics to enlarge them.

Here is why they were clicked : 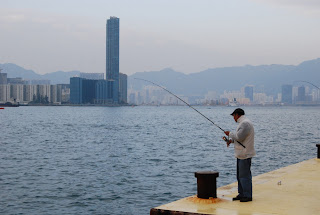 On the face of it HongKong is a concrete jungle. Still, the city has a deep connection with history and a remarkable human touch. An old man trying to catch fish in the middle of this urban behemoth is just that face of this city. On being asked if he caught any, the answer was "the fight is on" 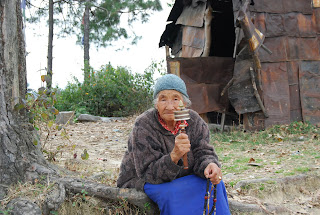 A deep respect and liking for Buddhism makes me visit a lot of monasteries and take a closer look at the life around these temples and the large tibetan settlement in Himachal. A lot of people were in the prime of their youth when they left everything that was theirs to settle in a land thousands of kilometers away and start afresh. Its been years since some of the old people came to India, long enough to feel at home here, still a longing for that native land and a hope that they would return someday, seems to linger in these facial lines. 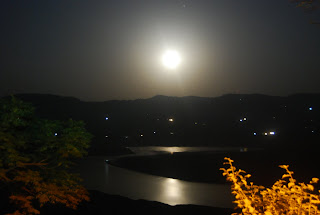 I was in my hometown of Bilaspur, and attending a 'Jagran' at the local temple. I kept thinking 'why I was even carrying my camera'?. I clicked no pics there and I only planned to be there for an hour or so. I left at around midnight. When I reached the temple parking, a stunning view caught my eye. With nothing but the wall to steady my camera, this pic was captured. A surprisingly long exposure does justice to the meanders formed by a seasonally drying Gobind Sagar, the hills on the other side of the lake and the magical moonlit night. Sometimes you dont, but the camera knows that it has to be with you. 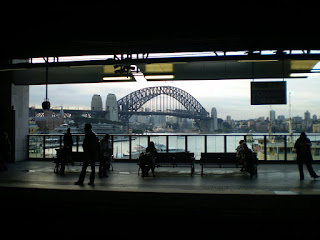 I reached sydney on sunday and it was cold and wet. It kept raining for 4 consecutive days. With limited time at my hand I was getting anxious if the rain would ever stop and if I would get a chance to see the quintessential sydney. After a week of waiting for the sun, I finally started for the city to see the 2 most recognized modern monuments in the southern hemisphere. Getting off the train I caught this first glimpse of 'The Harbour Bridge'. Spellbound, I clicked this pic from the train station, while I was being pushed by my sister to atleast get out of the station first. I love the perspective. This pic was also selected by Schmap's Sydney guides as one of the featured pics of the Sydney CBD. 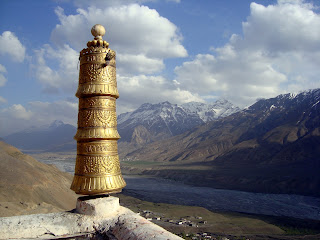 One of the most adventurous trips I have ever done was the one that is chronicled in this blog under 'Journey through the Himalayas'. A perilous 2000 km journey through some of the most inhospitable terrains in Himachal qualifies as adventurous not just because of road conditions or the fact that it was done on motorbikes. But, it was done without a backup plan. There was no plan B, if anything went wrong, we would have been royally ..(you know what). This journey had rewards, like the one captured in this photograph. Seen here from the roof of Key Monastery is the valley of Spiti river. The reward just justified the effort. 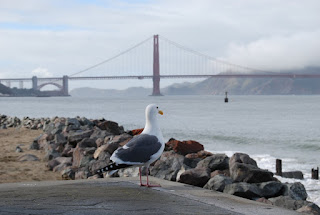 Did I not just mentioned that I love bridges? When I got to know that I would be traveling to San Francisco for a training, the only thing on my mind was The Golden Gate. After a full day touring the bridge and capturing numerous pics from various angles, I met this guy. He was calm, looked me in the eye and didnt move until I clicked some pics of his. He just dwarfed one of the most famous bridges in the world. The hero of this pic is the Seagull and not the monument I went to San Francisco for. 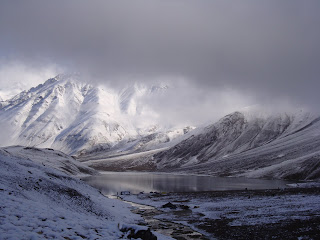 One of the stops in Journey through the Himalayas (link to the post) was planned to be at Chandratal lake or the 'Moon Lake' as its name suggests. We made the 8Km journey from the main road on foot, which at 4500 feet was asphyxiating to say the least. Reached Chandratal and were greeted by a Snow Storm, which would have killed us if it was not for the local Gaddis who saved our lives that day. This pic is of the morning after, signs of the clouds and the storm from last night could still be seen. But, can someone even imagine that a lake so serene and calm could have taken 2 lives? Chandratal, the morning after it almost killed me. Lovely. 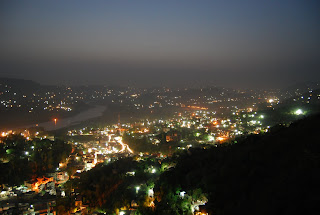 Being a small town guy, I love all the aspects of being brought up in Bilaspur, an inconsequential small town in a corner of well known Himachal Pradesh. Clicked this pic from an angle which I hadnt seen, even after being in Bilaspur for almost 3 decades. There is no story behind this pic, still it is in my opinion one of the best I ever captured. The quintessential Bilaspur at dusk, complete with the lake, the town and the adjoining hills.

These were just the few, though I have a huge collection of my self proclaimed best photographs, will keep clicking more and more with a story in my mind. Click on the pics for a larger view.
You feedback would be appreciated. As far as photography is concerned, Less is more for me because again, I am not a shutterbug, I am a thinking photographer and every time someone tells me how sharp my photos are, I assume that it isn't a very interesting photograph. If it were, they would have more to say.