In India's very own Palo Alto 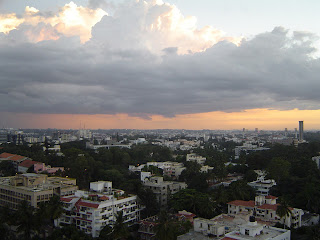 Delhi lives upto its reputation without fail. For a flying time of 2 and half hours, you spend 2 hours stuck in traffic on delhi roads and 2 more hours waiting for the 'Air traffic' to clear. But not complaining much, the new domestic terminal 1D is a treat, with lots of options for eating and shopping, the time on the airport just flew by.

Landed in bangalore at 00:30 hours, and my'o'my was Bangalore awesome?? Hell yes it was, 19 degrees compared to Delhi's 40, I found myself shivering and totally loving it.
Bangalore feels like homecoming, not only because the temperature mirrors that of Himachal, but also job wise. It is India's Silicon Valley and anyone working in Tech can relate to the city. More so for me, because I started my career here.

But, what a city this is? really. Any corner you turn has a piece of India's IT industry right there, from glass and steel buildings to laptop carrying junta filled roads, it is India's quintessential IT city. But, what makes this city so live-able is the weather, always hovering around a comforting 25-30 degrees. Delight for anyone coming down from delhi. Walking on the streets is easy as well. As if the early spring like temperature was not enough, the roads are lined by enough Jacaranda, Bauhinia and Magnolia for the sun rays to even try making a sweat. 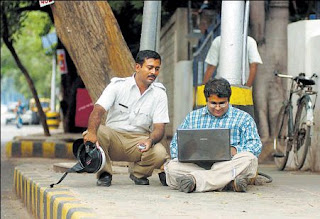 I have 2 more days in the city and since shopping and Mall-hopping is something that least interests me, tomorrow morning would start with a search of authentic South India breakfast. Original south indian filter coffee (especially the one served in tiny steel tumblers) has also been alluding me for a while, thats on the to-do list for sure.

The 4-5 odd months that I have spent here earlier, were mostly spent in getting a hang of the new job and hence a lot of bangalore monuments are still not ticked off from my list. Ulsoor lake is one of them. Dont know if I would get time but I am keen on going to Ulsoor and Bangalore palace.

I hope I make the most of these 2 remaining days here. Right now after a heavy dinner, time to bask in the amazing breezy, cloudy weather here. More Later.