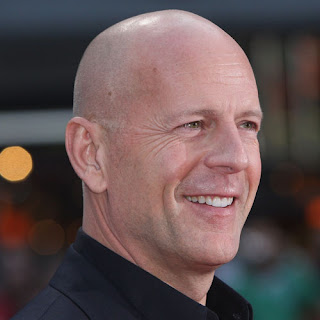 Jason Statham, Vin Diesel and Bruce Willis have always been regarded as the ‘tough’ guys, the guys with the most natural ‘do-not-mess-with-me’ looks. They bomb cities, destroy distant planets, almost kill bad guy gangs with bare knuckles and most of the times save humanity from evil forces. But never do we the audiences get a whiff that it is staged, these guys are so natural. What makes them so natural? I think it has a little, if not much to do with the looks – THE BALD LOOKS.

Many will start questioning, since when did I become such a fan of the bald looks that I am dedicating a post to it? Well, my answer is, the transition just happened.
Seven years of seeing your pate being more and more visible and shiny day by day was excruciating, for the lack of better words. All possible rituals were followed. From oiling before sleep, to applying beer and yoghurt and I can just imagine the situation in which my roommates used to be because of the stench. I rubbed my finger nails against each other to the point of almost wearing them off. I scheduled haircuts depending upon the moon movements and I also endlessly searched google for some magic potion to avoid hairfall.

But now that I am grown up and a bit wiser with much lesser hair, i realized that the only way to be happy and free of any tensions is going all the way.
So, on the fateful day of 27th July, Sunday, I surrendered myself to the grinning barber, and his razor.
Till he carved out a Broadway on the centre of the thinning forest I was apprehensive, almost gave up the idea and could feel beads of sweat on my brows. It took almost 10 mins for him to show me the shining glory. And was I impressed?? Damm yes..i was.
It was a perfect shave, my scalp so fair it could have given any Caucasian a run for his money. I was looking good, much better than I had imagined and I was confident enough and ready to flaunt it. The reactions from those I met varied from surprise to shrieks.
Office the next day was fun, few people couldn’t recognize me at first, and questions on the purpose of this look and my mental state were raised.
But, the one person who matters the most to me is very happy, loving it and feeling proud of the ballsy move. That person is myself. Now, I don’t care what people think, since I got it done, I faced no expert comments on ‘stages of male baldness’ and possible remedies.
I am happy, feeling almost Bekhamesque with his oft bald head and enjoying the fact that its so low-maintenance. 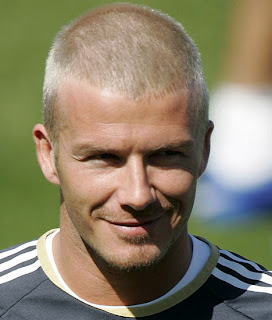 So, I have found a great amount of satisfaction by as they say, facing the demons. The thing I have been so scared of historically, has given me a new shot in the arm. May be the reason is that I did not let the enemy storm my territory but I met it halfway. That’s so heartening. So, this is the way forward, even if not for always but yes a great alternative.

Aah the feeling of moving your hand over your head, till recently a luxury, I thought was reserved for people having great hair. Thanks friends for so many comments on my new ‘shining’ pics.