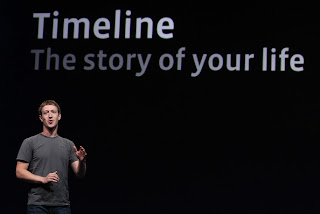 I joined on the 29th July 2007. It was still Orkut's territory in India and only a handful of known people were on facebook. I spent the better part of 2007 with just a bunch of friends active on the network. But, it felt good, it was way better than the social mess that Orkut had become. Only a few 'like-minded' people here and no open public scrapbooks and no more orkut's much hated 'who visited your profile' tool. This term wasn't coined back then but may be it was a case of Orkut fatigue.

Facebook hence started to flourish. Friends started joining, after initial throws of change management from scraps to likes and comments facebook started becoming a good place to spend time. I was sort of a power user myself, always signing up to receive the first changes like timeline or sponsored stories or more recently graph search. I was the early adopter, I also surprisingly never cribbed about changed designs or mobile versions. I was all in. Shared tonnes of photographs, became friends with absolutely anyone I remotely recognized, status updates by the dozens per week and always being 'on' whether it was the website or the apps on mobile.
And, then I became sick of it all. There is a very popular saying in north india, whenever your day is panning out badly people say "Pata nahi uth kar kiski shakal dekhi thi?", which means "Dont know who I saw first thing in the morning today?".  I usually wake up at 5:30 in the morning and the first thing I do after checking email on my phone is open facebook and then look at thousands of faces some known some not so much and other completely unknown and hence I cant put a precise blame on "who I saw first thing in the morning" if my day turns out bad.
But, jokes apart facebook for me has outgrown the intended use periphery. I have 650 friends. Really?? Yes, last time I checked, it was 654 with 21 friend requests pending and about 55 followers. The intended use case for me was being in touch with friends, see there pictures when they share and generally being in the know of what my connections are doing. But, now those updates are just 10% of my timeline at any point of time.

Hey people at facebook, why would I ever be interested in knowing if one of my friend's friend like Calvin Klein underwear or 50 shades of grey? Thats just creepy. I also never understood why I am being shown pictures of dont know who if one of my friends like them.  Any rant about the amount of useless spam would be like repeating myself after gazillions of people.

So, I deactivated facebook today morning and also deleted the app from my phone and tablet. Bliss. I am sure, just like with every other addiction there are going to be withdrawal symptoms like 'sudden uncontrollable urge to see random photos and like them' or 'ask random people how fabulous their life is and where they had their last vacation' etc etc. But you know what, I am determined to kick this habit. I am going to use up that time to update here. Or, if nothing else play with my toddler son while at home. So much more fulfilling.
Recently I asked myself - what I think would be the earliest images Yuri would have of me when he grows up? Scarily enough I saw myself lounging on the sofa browsing facebook on my phone. Screw you facebook, not any more.